Electricity tariffs in Spain. How do they work? 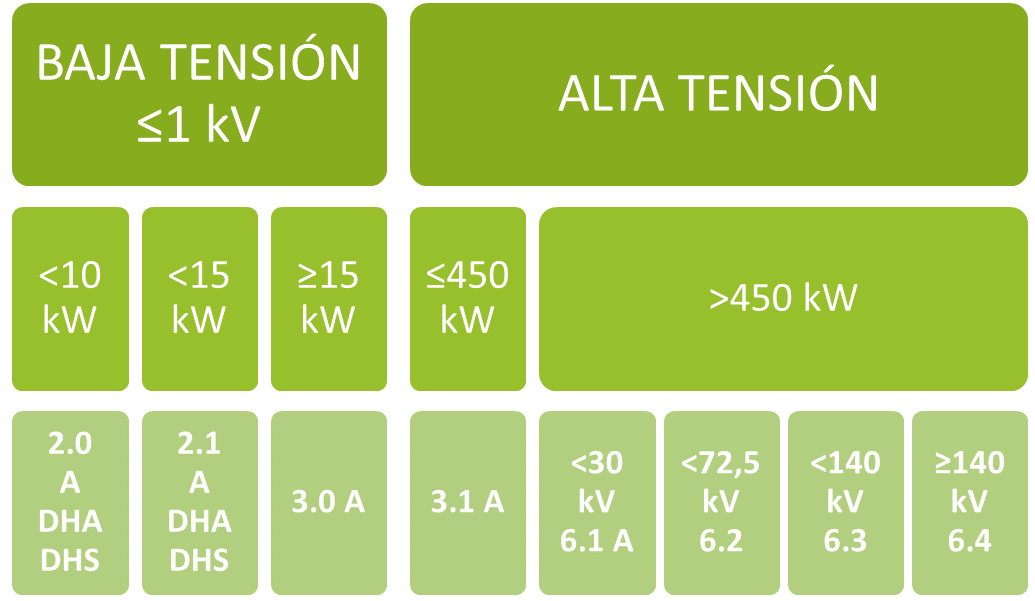 Electricity in Spain is not charged the same to an individual as to an industry, access rates are defined in Royal Decree 1164/2001. The conditions for selecting one or the other vary depending on the voltage level and the level of contracted power.

They are identical to 2.0 tariffs, with the difference that the power to be contracted must be between 10 and 15 kW.

Fundamentally, the part corresponding to power has been discussed, since energy corresponds to the free market. In energy, the same periods are generally established as for power and what is consumed is paid at the agreed price. In the case of tariffs 2.0 and 2.1, the Law regulates 3 different types of tariffs for energy. We will talk about this later in future posts.

If you liked this entry, you may be interested in 100% renewable energy contracts or what do you pay on your electric bill? For more information about our energy advisory services, do not hesitate to contact us.

Self-consumption and electricity pricing in Spain

Reactive Energy. What is it and when is it penalized?

Individuals. What do you pay on your electric bill?